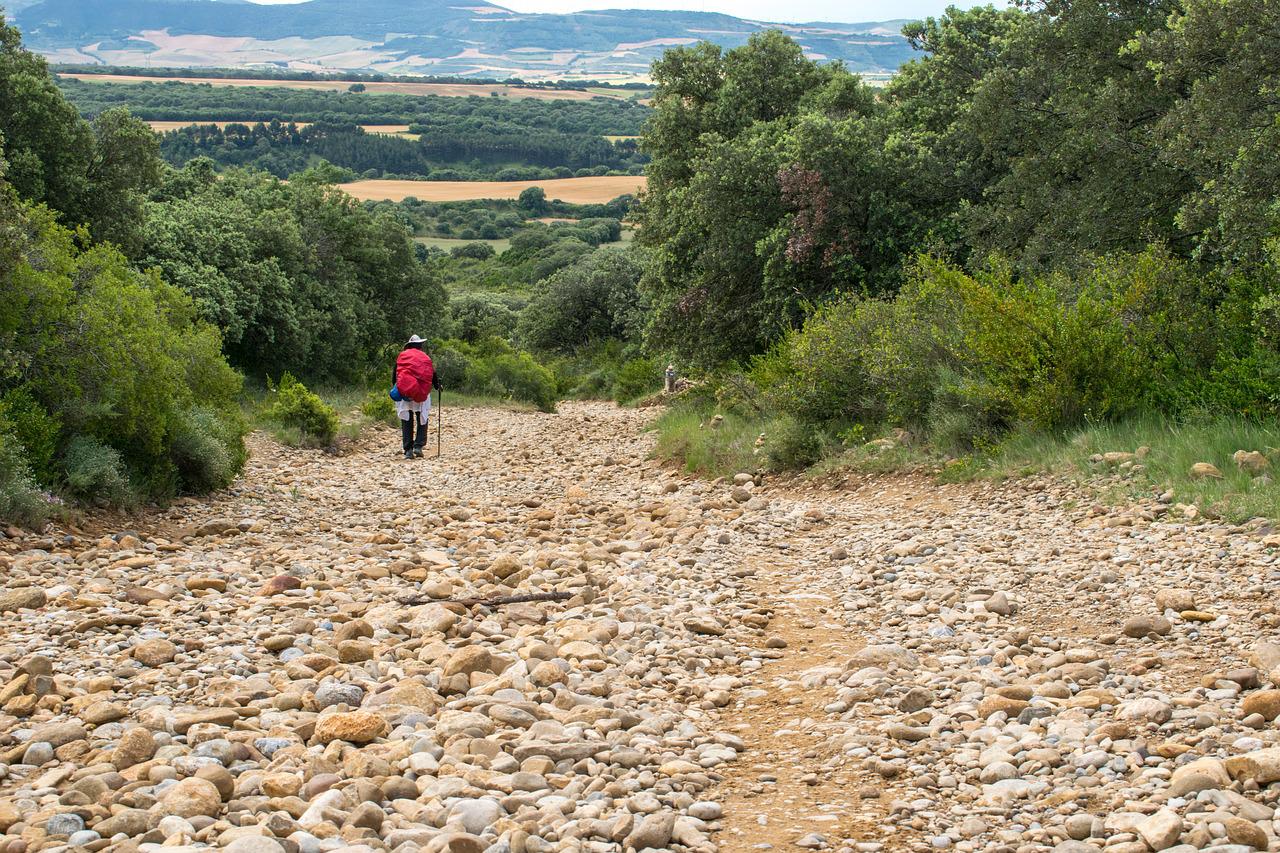 We know that there are many reasons to become a language assistant in Spain —but the opportunity to more easily travel around Europe is one of them.

Something that we highly recommend when teaching or studying abroad in Spain is to take advantage of your summer break to walk the Camino de Santiago. It is a once in a lifetime experience, and what better time to go for it than when you are already in Spain!

In that spirit, we will be writing a series of blog posts to share with you the origins and evolution, the routes, and tips to have the best time on the camino as possible.

So what is the Camino de Santiago? How did it start? How long has it been around?

The Camino de Santiago (the Way of St. James) is a large network of ancient pilgrim routes stretching across Europe and coming together at the tomb of St. James (Santiago in Spanish) in Santiago de Compostela, Galicia in north-west Spain.

The history of the the Way of St. James goes back to the beginning of the 9th century (around the year 820), when the tomb of the evangelical apostle was discovered in the Iberian Peninsula. A hermit from Solovio (where the Church of San Fiz de Solovio stands today) whose name was Paio, located the remains of a primitive burial in a wood called Libredón, which proved to contain the remains of apostle Santiago and his disciples Teodoro and Atanasio.

Immediately, King Alfonso II visited the place and ordered a modest church to be built, which was later rebuilt by Alfonso III (in 899). This was the inception of the present day cathedral and the city of Santiago de Compostela.

Since this discovery, Santiago de Compostela has become a peregrination point for the entire European continent. The Way was defined then by the net of Roman routes that joined the neuralgic points of the Peninsula.

The golden age of the pilgrimages occurred during the 11th to the 13th century. France, Italy, central and eastern Europe, England, Germany, including Iceland, and, of course, all of Hispania would make the journey on foot, on horseback, on ships, etc. The impressive flow of traffic increasing towards Galicia brought about the need to quickly build hospitals, churches, monasteries, abbeys and towns along the route —founded by kings, nobles and bourgeoisie of the cities— especially in the districts of the Franks and by the monks of Cluny, who welcomed the pilgrims to their monasteries.

During the 14th century the pilgrimage began to disintegrate, due to a series of multiple wars, health epidemics and natural catastrophes. However, despite the negative influence on life and culture caused by episodes such as the “Hundred Years War” (1337-1453), the Black Death (1348) and the prolonged periods of hunger, economic crisis and the crisis of thought, the Camino de Santiagostayed alive.

In the 16th century, the Protestant Reformation and the wars of religion in the German territories and in France much reduced the number of pilgrims on the Way. With war declared between the Imperial Spain of Charles V and France, this fracture was worsened in the time of Philip II, with the closing of the borders in order to prevent the entry of Lutheranism into his kingdoms.

In May 1589, faced with the fear of an attack on Compostela by the English troops of Francis Drake, whose ships were attacking Coruña, Archbishop Juan de Sanclemente ordered the concealment of the body of the apostle in the presbytery of the Cathedral. Its exact location was unknown for several centuries until 1879, the year of the second discovery of the apostolic remains.

The Second Discovery of the remains of the Apostle of St. James marked the recovery of the Camino de Santiago which subsequently, in the 20th century, would be conditioned by the scourges of the Spanish War and the World Wars.

It is at the beginning of the century and the millennium, the Camino de Santiago is, more than ever, a transversal phenomenon: on the one hand, spiritual, and on the other hand, open to knowledge, friendship and mutual understanding.

Now that you know the basics of its origin and evolution, isn’t it getting you excited to teach in Spain and walk the Camino de Santiago with some of your fellow language and cultural assistants that you will meet in the program? Let us know in the comments below!

Don’t forget to check out our next post in the series about the different routes in the network that form the Camino de Santiago!